Read an Excerpt from Stop Me

“Battle not with monsters
lest ye become a monster
and if you gaze into the abyss
the abyss gazes into you.”
—Friedrich Nietzsche, German philosopher 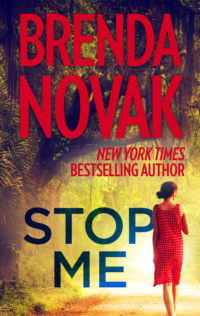 The man who’d murdered Romain Fornier’s ten-year-old daughter didn’t look like a killer. He sat slumped in the courtroom with puffy bags beneath his eyes, a halo of mousy brown hair circling his otherwise bald head and jowls that hung lower than his chin. There were moments when even Romain couldn’t believe frumpy, middle-aged Francis Moreau had done something so vicious, moments when he glanced back over the days and weeks since Adele’s abduction and felt as if he was living someone else’s life.

The judge pounded his gavel, bringing the noise in the courtroom to an abrupt halt. It grew so quiet Romain could hear the defense counsel shuffling his papers.

“The law is very precise on this matter,” the judge announced. “The police may have obtained verbal approval from the proper authority, but they didn’t get the affidavit signed until after the search of defendant’s home, which means the evidence found in that search is not admissible in court.”

Romain heard the gasps of his family. His parents sat on one side of him; his sister sat on the other. Without that evidence, we don’t have a case. The D.A. had stated that over and over.

Romain’s muscles bunched as he leaned forward to whisper to Detective Huff, who sat a row in front of him. “Is this as bad as it seems?”

“Don’t worry,” Huff whispered back. But his voice sounded odd, almost strangled, and his expression didn’t promote much confidence. When a witness for the defense revealed that Huff had searched Moreau’s house without legitimate paperwork, Huff’s face had flushed crimson. It was still crimson and several beads of sweat had popped out on his forehead.

Desperate for definitive answers, Romain was nonetheless distracted when the prosecutor asked to approach the bench. The judge waved both him and the defense counsel forward. They kept their conversation muted, but the way the D.A. gesticulated with his hands suggested that he was in the midst of a heated argument.

This case couldn’t get away from them now, not when there was no doubt they had the right man, Romain said over and over to himself. But the D.A. wasn’t happy when he finally returned to his table. Before sitting down, his eyes searched the crowd, singling out Huff, whom he gave a look of such contempt Romain could no longer breathe.

“They’re going to let him off,” Romain said to no one in particular. His sister sat like a statue; his mother was crying, his father trying to comfort her. “He’s going to get off!” he repeated, and this time he gripped Huff by the shoulder to guarantee a response.

Huff twisted to face him. A fan thrummed in the corner. The air-conditioning had been out for two days and the weather had turned unseasonably warm for October. “He did it, Romain,” he said, mopping his forehead with a handkerchief. “I saw the tape.”

Romain had seen part of the tape, too—as much as he could bear to watch. Which was partly why he couldn’t wrap his mind around this. How could the technicalities involved in serving a search warrant take precedence over a child’s life? His child’s life?

“They can’t let him walk,” Romain said. But the judge pounded his gavel, curtly announced that the D.A. was dropping all charges and exited the courtroom. Stunned, Romain stood with his mouth agape as Moreau’s watery blue eyes cut to him and a victorious smile curved his colorless lips. Sight of it caused everything around Romain to go black. For a moment in time, there was only the two of them, staring across the courtroom at each other.

“It’s the detective’s fault?” his mother was asking. “Why didn’t he get the affidavit signed before he searched?”

“Moreau knew the police had been tipped off. He would’ve destroyed the evidence had Detective Huff waited,” his father responded.

Huff must’ve heard them, but he kept facing forward. He was staring at Moreau, too, whose attention and “you lose” smile had shifted to the detective. Then the defense attorneys started shaking Moreau’s hand, congratulating him.

The crowd surged toward the door. Romain’s sister started pulling on him, trying to get him to follow her. But he remained rooted to the spot. The judge and the lawyers had to come back. This wasn’t over. It couldn’t be over. Moreau was a killer.

Since he’d been so determined to stay, he wasn’t sure how he eventually got out of the courtroom. He didn’t remember making the decision to leave, walking toward the exit or passing through to the outside. He only remembered seeing the detective remove his jacket and swing it over his arm while they descended the steps—and sensing the presence of Huff’s gun in its holster as they moved side by side, jostled by the crowd and attacked by the media, who waited like a pack of wolves.

“Mr. Fornier, what do you have to say about seeing the man who allegedly killed your daughter go free?”

“Can you tell me if you’ll pursue this in a civil proceeding?”

As one reporter after another shoved a microphone into Romain’s face, he saw Moreau only a few feet away, pandering for other cameras—and suddenly craved a gun in his hand more than his next breath. He was an excellent marksman. At this distance, he’d scarcely have to aim. One pull of the trigger and he could fix everything that’d just gone so terribly wrong.

And the next thing Romain knew, a blast rent the air, Moreau fell to the ground, and Detective Huff began forcing him to the hot, gritty concrete.

When Jasmine Stratford opened the package, she was standing in the middle of a crowded mall, but suddenly she couldn’t hear a single sound. The laughing, the talking, the click-clack of shoes on the colorful floor, and the Christmas music that’d been playing in the background, disappeared as her ears began to ring.

“What is it?” Sheridan Kohl touched her arm, eyebrows gathered in concern.

The words finally came to Jasmine as if from a great distance, but she couldn’t speak. Her lungs worked frantically, but her chest grew so tight she couldn’t expand her diaphragm. Sweat trickled down her spine, causing her crisp cotton blouse to stick to her as she stared at the silver and pink bracelet she’d just pulled from the small cardboard box.

“What is it, Jas?” Frowning, her friend took the bracelet from Jasmine’s cold fingers. As she read the name spelled out with letters separated by pretty pink beads, her eyes filled with tears. “Oh God!” she murmured, pressing a hand to her chest.

Jasmine’s head spun. Afraid she might pass out, she reached for Sheridan, who helped her to the center of the mall and asked a man sitting in one of the few seats to move.

He gathered the shopping bags piled at his feet and jumped up, allowing Jasmine to sink into the plastic, scooped out chair.

“Hey, she no looking good, eh? She sick or somet’ing?” he asked.

The words floated over Jasmine as if they’d been written in the air, each letter flying past her without triggering a response. Her nervous system seemed to be shutting down. Overload. Rejection of current input. Refusal to cope.

“Don’t move,” Sheridan barked and put the bracelet back in the box on her lap. “I’ll get you something to drink.”

Jasmine couldn’t have moved even if she wanted to. Her rubbery legs refused to support her weight, or she would’ve walked out of the mall. People were beginning to stare.

“What’s wrong?” someone murmured, pausing near the Mexican man who was still watching her curiously.

A teen-age boy ventured closer. “Are you okay, lady?”

“Maybe someone should call the paramedics,” a woman said.

Wave them away. But Jasmine’s thoughts were so focused on what was in her lap, she couldn’t move. She’d made that bracelet for her little sister. She remembered Kimberly’s delight when she unwrapped it on her eighth birthday, her last birthday before the tall man with the beard entered their house in Cleveland one sunny afternoon and took her away.

Jasmine’s mind veered away from the memories. Until she was twelve, she’d led such a safe and happy life she’d never dreamed she would encounter a threat in her own home. Strangers were those people outside on the street. This man had acted like one of her father’s workers, the faces of which changed so often she never grew familiar with them all. They were always coming to the house to pick up equipment for his satellite TV business, to get a check, to drop off some paperwork. Occasionally he hired vagrants to organize his warehouse or build a fence or even clean up the yard. Regardless, she’d believed their visitor was a nice guy.

Heaven help her, she’d believed he was nice. And she’d let it happen….

“You want I should call for help?” the Mexican man ventured.

Jasmine had to cover her mouth so the screams inside her did not escape. Breathe deep. Get a hold of yourself. After nearly destroying each other with their bitterness and grief, her parents had given up hope. But she’d kept a candle burning deep inside. And now this…

Sheridan returned and nudged her way through the four or five people who were watching to see if Jasmine would rally. “I’ve got her. Everything’s fine,” she told them, and they began to drift off, but not without a backward glance. “Drink this,” she said.

A man seated next to them stood and offered Sheridan his chair. She thanked him and perched on the edge of it.

After a few minutes, Jasmine’s breathing and heart rate slowed. Still, she was damp with sweat and when she tried to talk tears slipped down her cheeks.

“It’s okay.” Putting an arm around her, Sheridan squeezed her shoulders. “Take all the time you need.”

Jasmine appreciated her friend’s empathy, but now that the shock was wearing off she had so many questions. Who had sent the bracelet? Why had they sent it after so long? What’d happened to her sister? And, the biggest question of all—was there any chance that Kimberly could still be alive?

“I’m so sorry I brought that package with me, that you had to deal with this in a public setting.” Sheridan’s expression revealed her chagrin. “When I saw it sitting on the reception desk with the rest of the mail, I thought it might be something you’ve been waiting for. I knew you weren’t planning on coming to the office today so I was…” she shrugged helplessly “…trying to be helpful.”

Jasmine wiped her tears. “It’s okay. Of course you’d never expect something like this.”

“I don’t know.” She studied the box. There was no return address. There wasn’t even a note, just some crumpled packaging material—

Jasmine’s pulse spiked. Wait a minute… There was something written on one of the papers that’d been wadded up.

Being careful not to tear the note or put her fingerprints all over it, she flattened it out—and saw two words printed in what appeared to be blood: “Stop me.”