Read an Excerpt from Falling For You

Maybe Josh wouldn’t show, Rebecca thought hopefully, noting the dearth of traffic. If he stood her up, she could shrug when she next saw her father and say, “I was perfectly willing to make peace, Dad, but he never arrived.” And then she’d look innocent for a change. 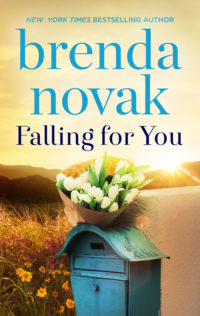 Perfect. She smiled as she began readying her station with rods and tissues for the permanent wave she’d be giving at eleven, imagining the look of disappointment on her father’s face if for once Josh failed him. This whole truce thing could end up working in her favor. She could feign disappointment in his stubborn refusal to put the past behind them and–

The bell rang over the door, causing Rebecca’s daydream to dissipate. She knew without turning that Josh had arrived. The murmur that ran from Katie, the other stylist, to Mona, the manicurist, to Nancy Shepherd, who was having her nails done, would have told Rebecca even if her sixth sense did not.

But her sixth sense was working just fine. Somehow she could always tell when Josh was around. He made her feel clumsy, nervous, unattractive.

No wonder she didn’t like him. Anyway, despite her wishful thinking, she’d known all along that he’d appear. He’d never been one to back down from a challenge.

Rebecca cleaned her combs and scissors before looking up. She needed a moment to gather her nerve. These days Josh was so much easier to hate when he wasn’t within ten feet of her. Ever since she’d made the mistake of going home with him last summer, something had changed. She wasn’t sure exactly what it was, but it made their relationship, or absence of a relationship, very complex. She supposed kissing a man the way she’d kissed him, as though she longed to climb inside his skin and live there the rest of her life, had a way of confusing the issues.